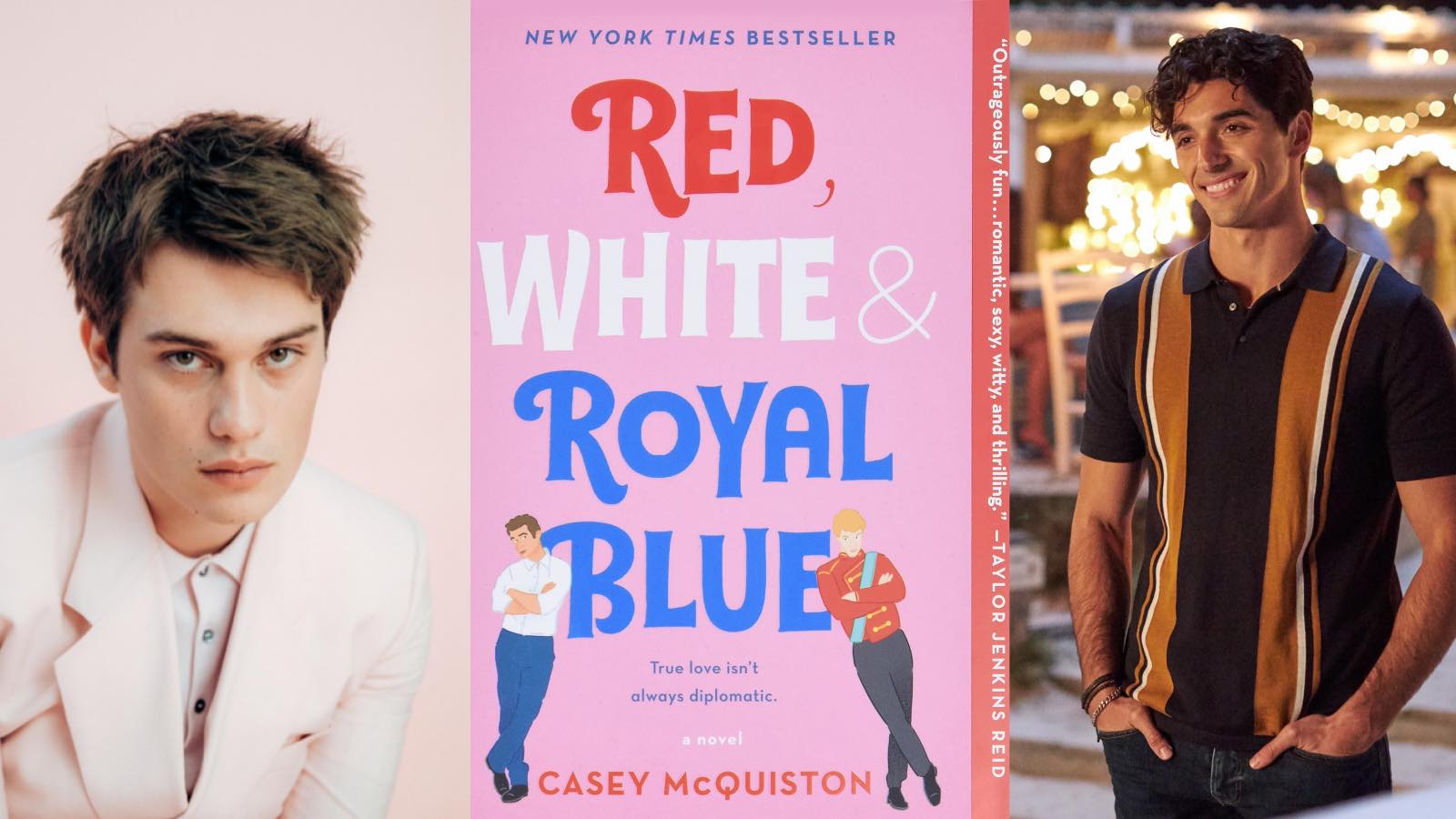 News broke today that Amazon Studios will make an upcoming screen adaptation of the best-selling YA novel by Casey McQuiston with the main roles confirmed. Taylor Zakhar Perez (Minx, The Kissing Booth) will play Alex Claremont-Diaz and Nicholas Galitzine (The Craft: Legacy) will be crowned Prince Henry.

Filming will begin this month in the UK. Stephen Fry, Clifton Collins Jr. and Sarah Shahi were also cast in secondary roles (though who Fry will play will be interesting as there’s no obvious character in the novel).

Red, White & Royal Blue takes place in an alternative timeline where president 45 was an awesome women from Texas with two biracial college-aged children. The story follows first son and White House resident Alex as his feud with the English Prince Henry causes an international incident forcing a diplomatic crisis between the two nations.

Alex and Henry must mend fences, but will more happen between these two hot young men? Well… spoiler… yes. But you can learn that from the book jacket!

Both actors are quite good, though Taylor seems older than one might picture Alex to be. And Henry is blond and blue-eyed (quite unseen among UK royals). Nicholas was also in the gay Irish film Handsome Devil, so the role should come naturally to him.