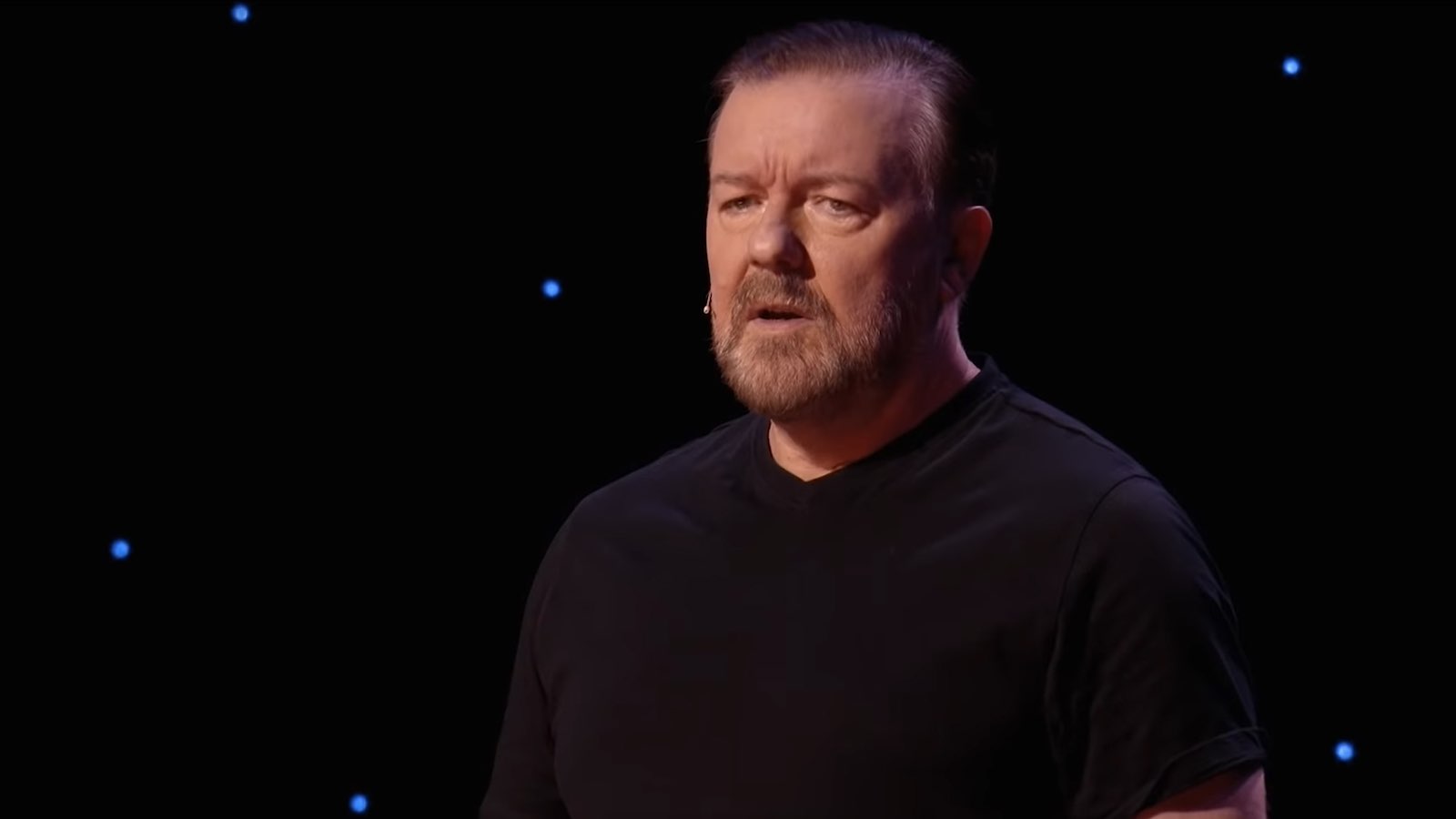 Netflix has once again landed itself in a controversy of its own making, releasing yet another comedy special with intolerable anti-trans “jokes”. After the inappropriate release of Dave Chappelle’s standup special, Netflix dropped a special from UK ‘comic’ Ricky Gervais which contains graphic jokes mocking trans people.

Internal employee documents were recently updated due to the first backlash, but the streamer doesn’t appear to be listening to its’ trans or LGBTQ employees. The policy shifts the blame for being uncomfortable with the platform’s content onto employees who “may need to work on titles you perceive to be harmful.” Not just perceive as inappropriate but harmful.

Neither Chappelle or Gervais is all that funny, and their infantile attempts to get noticed show their lack of creativity. And worse, especially given the concerted efforts in the UK (Gervais’ home country) to oppress trans people, these specials are adding fuel to a campaign of hate. Hate that’s spreading across the US as states are racing to oppress trans and queer rights (and women’s rights… but not gun owner’s rights or straight white male rights).

At the same time, Netflix is producing tv shows that are providing some of the best LGBTQ and trans representation available. Given the immense success of Heartstopper, it is quite baffling why Netflix feels it needs to provide content for ‘both sides of the debate’. Will we soon see documentaries sympathetic to Jan 6 rioters or the Germany’s National Socialists?

Netflix has been making many positive strides, releasing better content than the main networks, giving voice to those marginalized. The streamer would be our top pick as best platforms to subscribe to, but these continued black marks can not be ignored.

Real trans actors are representing themselves in positive lights. We’ll soon see the premiere of the third season of Umbrella Academy and the introduction of Elliot Page’s new character Viktor. Clearly these show creators are using their voice to put a mirror up to society. With Umbrella Academy the show was already commissioned and renewed when the writers made the choice to transition Page’s character. Netflix must have known there were trans characters in Heartstopper when it bought the rights. Yet they’re also willing to commission comedy specials that counteract the positive gains.

Some have pointed out that it’s not Netflix’s role to advocate for trans rights. But they seem to be doing the opposite, actively feeding the trolls and hate. No one is attacking straight white men, but trans people are being attacked, often physically. There are voices (at least one loud billionaire voice) saying Netflix is too woke, but the service stood by Chappelle, and will likely stand by Gervais.

Much like the recent controversy with Disney, one wants to see the streamer do the right thing. We can vote with our wallets, yet at the same time are we risking losing the good content both platforms have eventually produced. If Disney listens to the moral minority complaining Disney is indoctrinating children, the little progress they are making may prove who’s side the studio is on. The moves Disney is making seem token and short-lived. Returning a queer character to a single Pixar film, moving Love, Victor to Disney+ when also ending the series which joins many other cancelled shows that attempted to give representation. Ultimately actions speak far louder than the vague words.

Netflix wants to play both sides. At the same time the company is reaching peak subscriber count (at least in North America). Sadly there may never be enough critical mass exodus from the platform to make the streamer finally listen, but at the same time it’s hard to fund hate