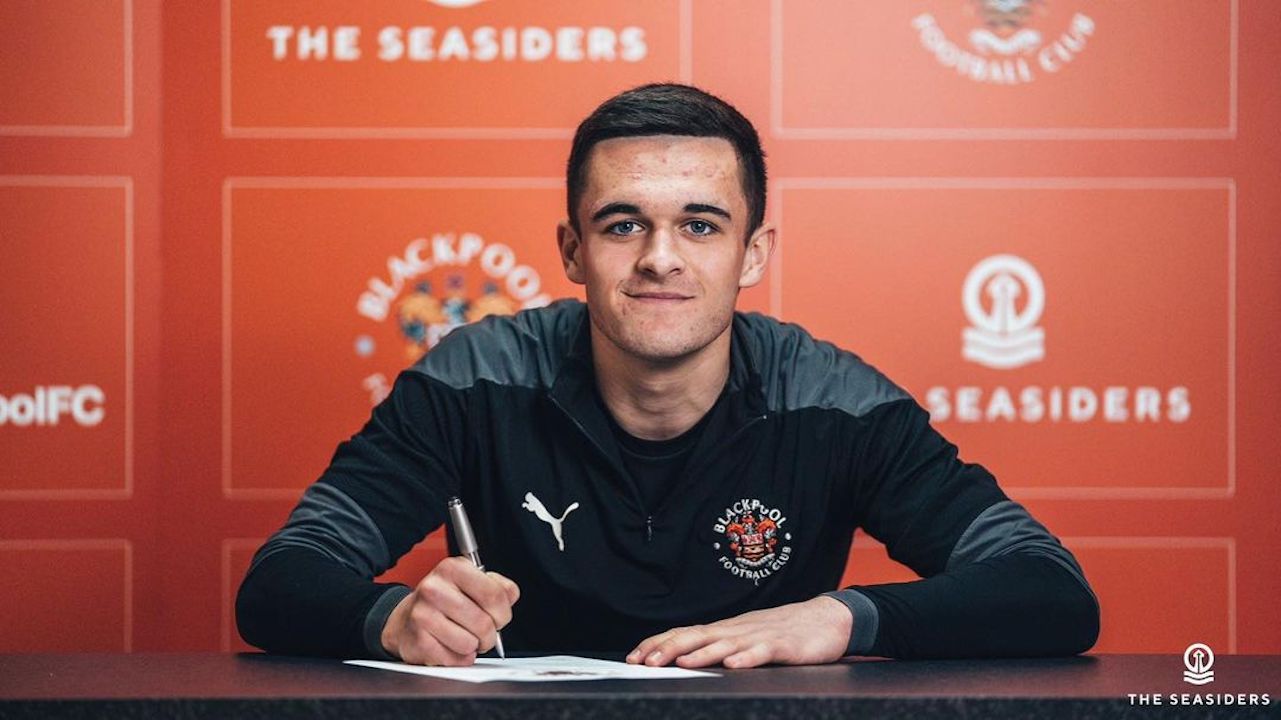 17-year-old football player Jake Daniels has become the first active professional player at a UK club to come out as gay in 32 years. After years of the UK’s Football Association attempting to pave the way for players to feel safe enough, a footballer has finally come out.

In an interview with Sky Sports, the Blackpool player publicly came out, saying he’s “ready to be himself, to be free and just, be confident with it all.”

Watch the full interview below

Admitting his dated girls as a way to cover up to his ‘mates’, and recognizing it’s been a struggle. While Daniels was pressured at school, he’s decided now he “just doesn’t want to lie anymore.”

Asked if he thought he had to hide himself to become a professional footballer, Daniels confirmed his unique position. “Yeah, I think so, obviously because there’s no one out… felt like I do need to hide it and wait until I’ve retired to maybe come out but I just knew that that was just such a long time of lying and not being able to have what I want.

Now the role model he needed, Daniels will likely not be the last professional footballer to come out. Only time will tell if UK football fans, notorious for not being tolerant, will look passed Daniels being gay.

Praise for the teenager have been pouring in from across social media from gays and allies alike, including actor Sir Ian McKellen and Prince William (who is chair of the Football Association).

At 17, @Jake_Daniels11 represents a generation that rejects old-fashioned homophobia in football and elsewhere: those who haven’t yet grown up as he has. He sets an example. No wonder so many of us, gay and everyone else, admire & treasure him as a hero. What a goal he's scored!

Football should be a game for everyone.

What Jake has done takes courage and will hopefully help break down barriers that have no place in our society.

I hope his decision to speak openly gives others the confidence to do the same. W https://t.co/6YaHi2fipM

Football commentator and strong-ally Gary Lineker stated that Daniels could be the first of many footballers to come out, stating “the game will be better for it”.

“I think he will be massively accepted,” Lineker said on BBC Sport. He added that football should have “passed this watershed moment a long time ago”.

While Daniels is not the first, or even the first actively playing professional, he’s come out very early in his career.