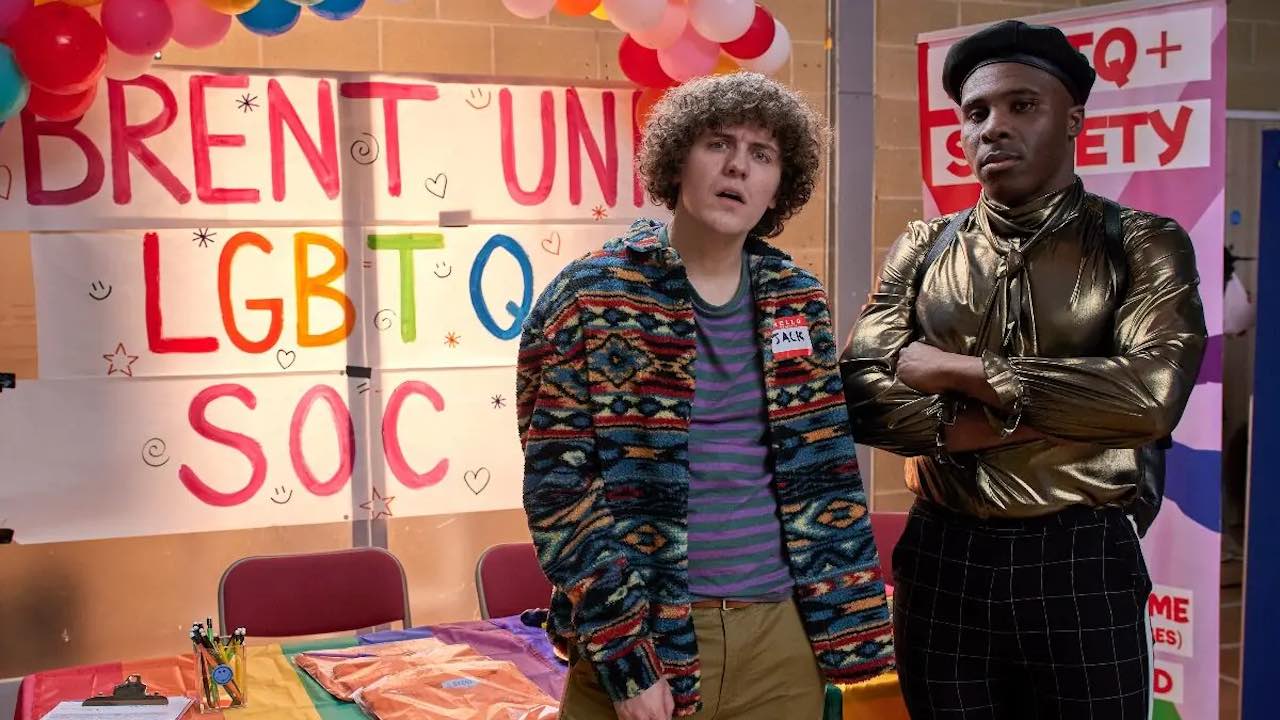 In the six-part series based on the semi-autobiographical memoir Cheer The F**kup, also by show writer Jack Rooke, the character Jack has just started at Brent University. Jack finds himself with roommate Danny (played by Plebs star Jon Pointing), an older straight lad who becomes a friend and mentor to the young fresher (UK term for freshman). 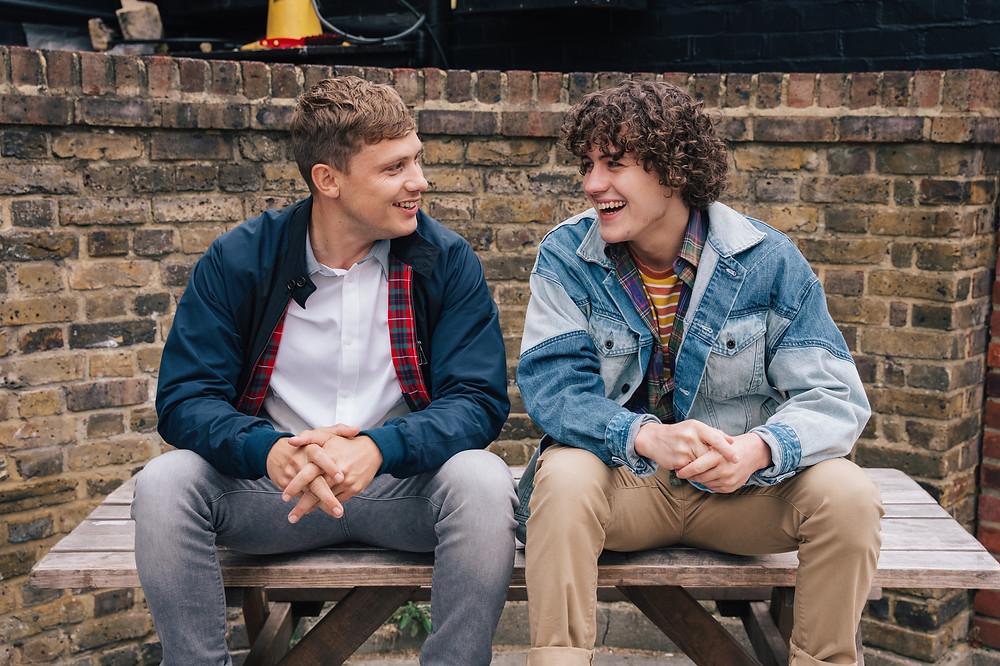 Llewellyn is very much a contemporary of Rooke, his on screen counterpart is only one-year older than the writer.

No word on international availability. Big Boys premieres on May 26 on Channel 4 (in the UK).