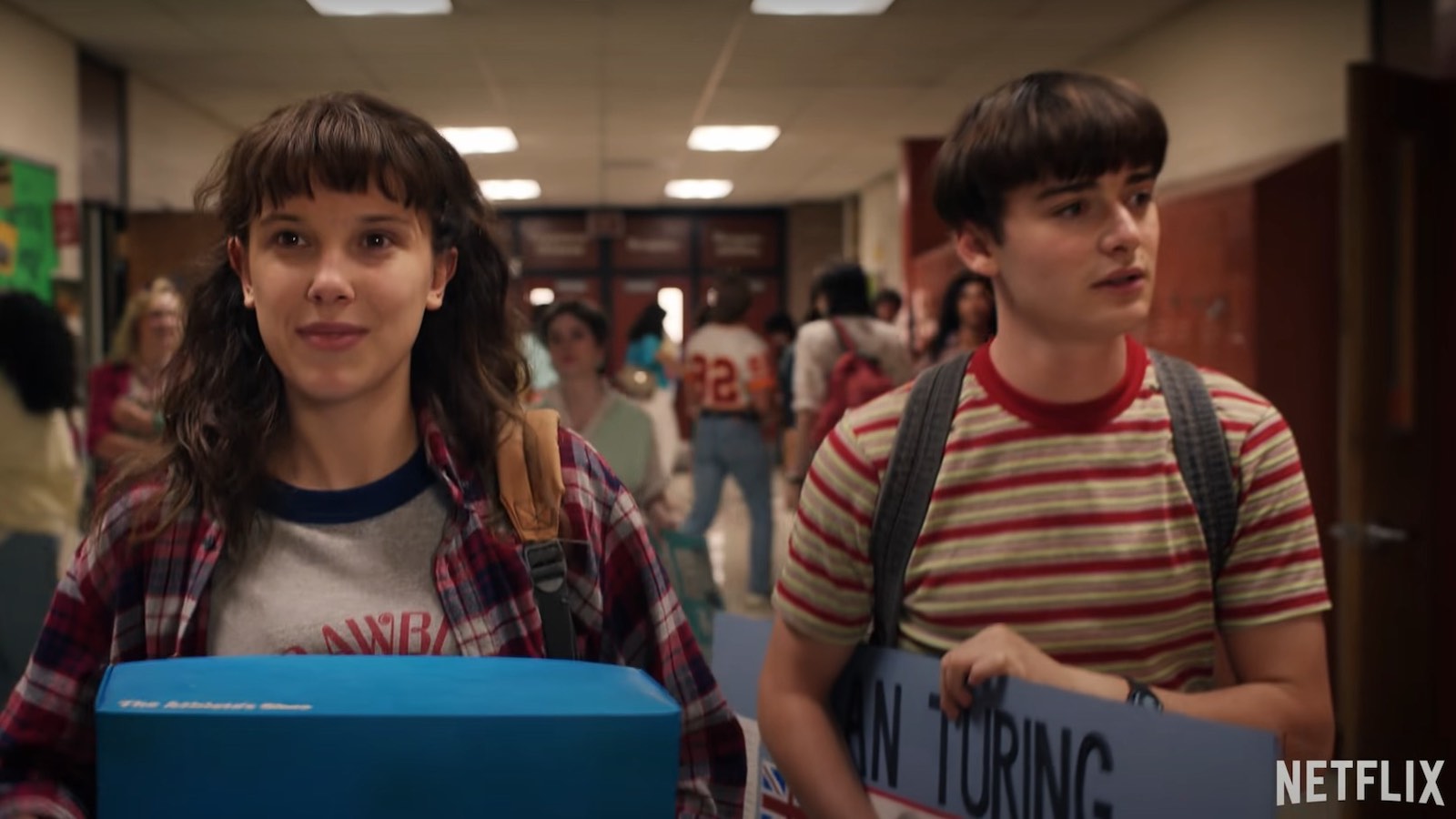 After months (years) of waiting, the latest season of Stranger Things has premiered, and with it many questions related to the plot, storyline and who the new characters are. But most important, viewers are increasingly wonder, is Will Byers gay or queer?

Without giving away any important plot details for the first half of season 4, let’s discuss the possibility that Hawkins own Will Byers is likely gay. Unless viewers are noticing the queer baiting throughout the this season. There are some clues present in the trailer, and others in the first episode. But we won’t go too deep into the seven episode drop released last Friday (because we’re only at episode four ourselves)!

A scene from the trailer has El and Will walking down a school hallway, carrying items—El a box, Will a poster that reads “N Turing” which we can assume would be for Alan Turing.

Suggestions Will is gay have been slowly rising since the second and third seasons. Partly this in the way Noah Schnapp plays the role, and how he carries himself in the role. But it seems the queer baiting is on a next level in season four. But are viewers reading too much into the obvious clues that might simply be misdirects?

Back in season three at one point Mike Wheeler says in anger, “it’s not my fault you don’t like girls.” In any follow up interviews that asked about that scene, the two actors dispelled any discussion about Will’s sexuality. One point raised was a claim scenes are shot with multiple lines and the ones picked are down to show runners The Duffer Brothers.

It’s possible the actors were not (at that time or since) let in on the secret by the brothers. Only time will tell.

From this point, we’re going to discuss scenes from the first episode, and you have been warned, VAGUE SPOILERS AWAIT! 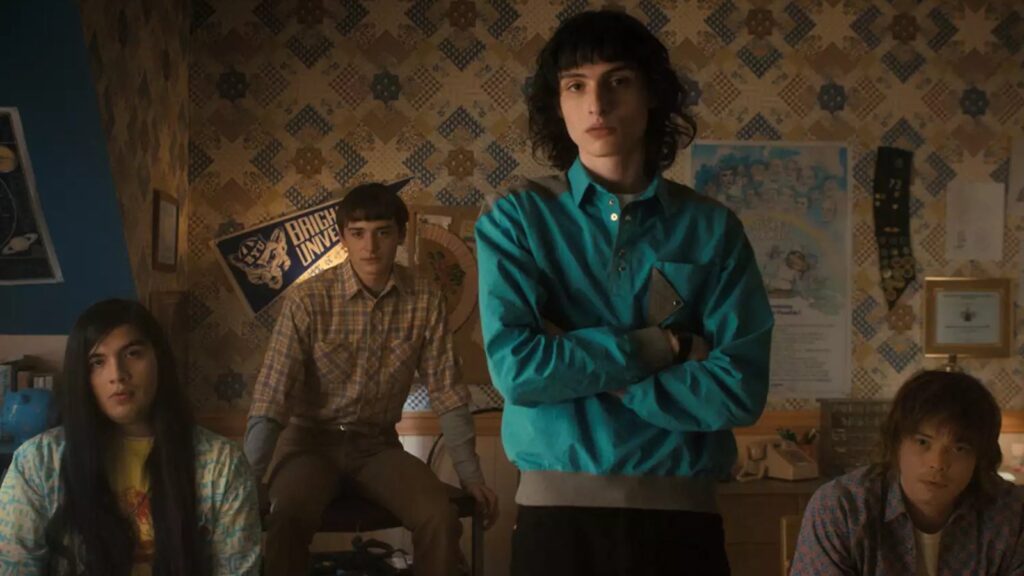 (From left) Eduardo Franco as Argyle, Noah Schnapp as Will Byers, Finn Wolfhard as Mike Wheeler, and Charlie Heaton as Jonathan in Stranger Things. (Image courtesy of Netflix © 2022)

In the first episode, the Hawkins kids are getting ready for the last day of school before spring break, and we discover they’re in two different towns. El and Will leave their house carrying their school projects, visual aids for presentations they are giving that day on heroes. And Will is seen holding a poster board about Alan Turing, “father of computer science”. We don’t get to see Will’s presentation, only El’s (and we won’t spoil that scene).

Curiously it’s not clear Alan Turing was well known for his role early computer science, or how well-known his conviction for indecency was. The Turing test was known throughout the 1960s within computer science, and become better known in the 1990s.

Turing’s role at Bletchley Park during the Second World War was not known until this century when his wartime contribution was finally declassified. 1986 did see a play about Turing, linking his cryptographic efforts to his attempts to grapple with his sexuality—a play that only premiered in October of that year, months ahead of the season 4 timing.

Talk about an obscure hero for Will to pick (but a good choice). In the last decade Turing has become a celebrated hero within the UK for how he was treated as a gay man, but this would have been out of place in the 1980s. In fact it’s very easy to miss the poster as merely a simple prop.

There is also a moment during the presentation scene where a girl tries to play footsie with Will, and he quickly pulls his foot away.

While the clues are sparse, they are adding up season by season. It certainly looks like Will is interested in Mike, but there are often suggestions from the actors to misdirect viewers. In some ways it does seem the Duffer Brothers are playing a game, dropping subtle hints that only queer people are likely to get.

Stranger Things has often been more 80s than the original era. Looking back it’s easy to have missed someone’s sexuality, or given the oppression of the Reagan years, it’s possible few high schoolers in Indiana or California were coming out. That said, we do already have a queer character with Robin Buckley (played by Maya Hawke) having come out last season at the Star Court.

There is a double-standard with Will having feelings for Mike. Some might (wrongly) say Will is too young to explorer his sexuality or to have feelings for Mike (or another boy) but Mike does get to have feelings for Eleven. It would be good to see the writers (and actors) stop misdirecting and being coy, and let the truth come out. Of course Will needs to come out in his own time, and that should be woven into the plot.

It seems for now viewers will have to keep watching. Maybe we’ll finally get confirmation in the final two episodes dropping July 1, or the future final season.