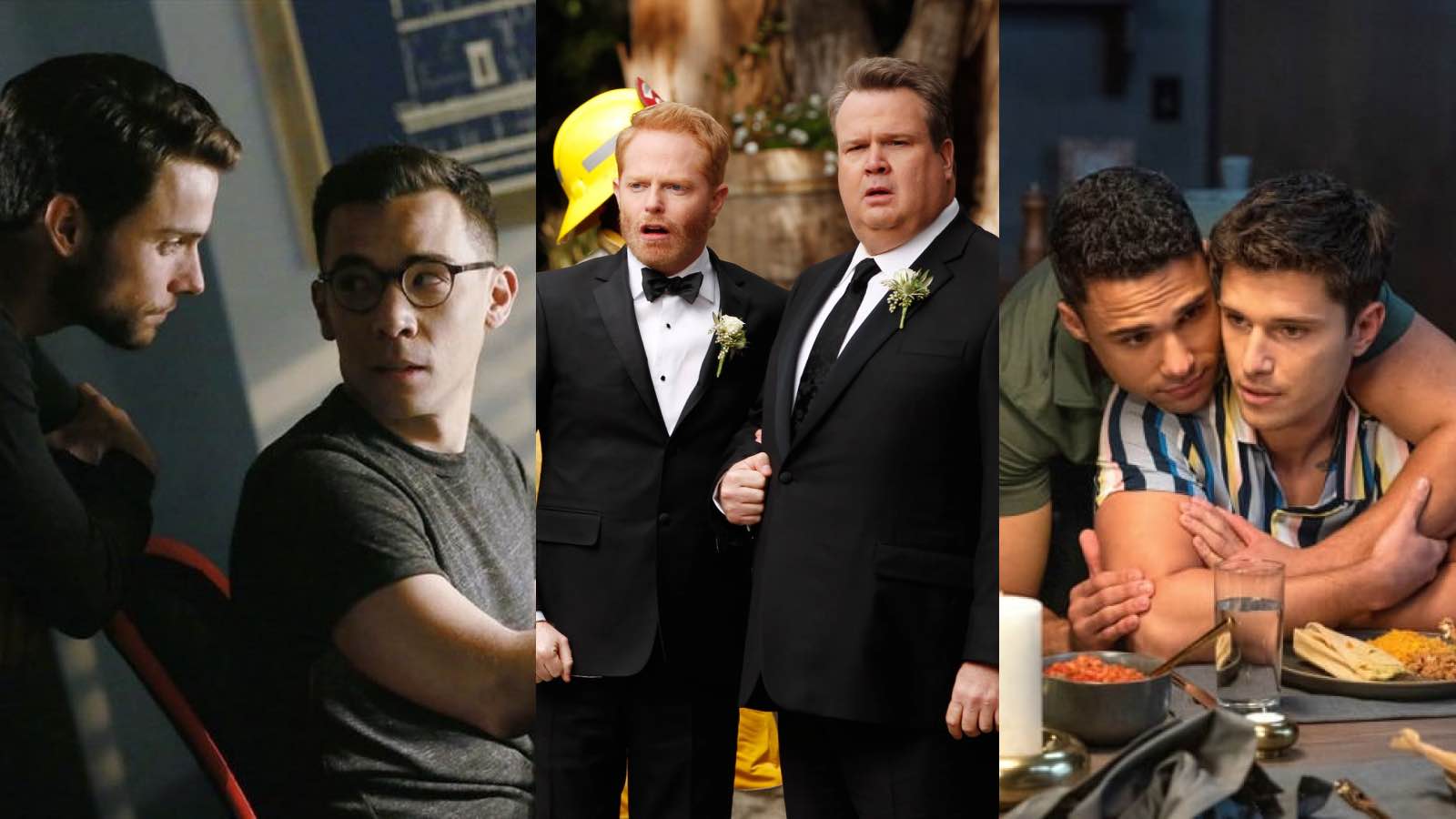 TV viewers are spoilt for choice right now. The abundance of viewing options has also meant an opportunity to tell new stories, and especially LGBTQ programming. And just where are viewers finding this exciting new content, not on the traditional tv networks. It wasn’t always this way, but the landscape has changed, and improved a lot, thanks to streaming platform.

While network tv was a pioneer when it came to some mainstream LGBTQ content, due to the content needing to appeal to the biggest broadest audience to maximize advertising, queer characters are likely going to remain rare and outside the lead cast.

There is a lot of praise for the queer shows Netflix has recently released, but the streamer certainly didn’t pioneer LGBTQ television.

Netflix has made a broader impact on how much quality television is made, by investing so heavily in their own original content, and in forcing the networks to eventually react. Where once cord cutters could save money not paying for cable, they’re now finding nearly the same money goes to several streaming platforms.

But the streamer was somehow freed from the demands of advertisers unwilling to back some programming. Except those days are long since passed. Advertisers care that the show brings in the right amount of people in the age group they are targeting. The show needs to be compelling to build an audience. The networks see the formula as broadly-appealing drama.

It took decades for network television in the US—and generally the big three: ABC, NBC, CBS—to give LGBTQ characters proper authentic representation. For years queer characters were used as throw-away characters who represented evil, bad or amoral characters. Slowly well-written and genuine LGBTQ characters would appear briefly as guest stars on the big shows, making small steps to full representation. But at the same time we own some props to the networks for eventually giving voice to Ellen and Will & Grace made huge strides on the traditional networks. And yet it wasn’t enough.

While Will & Grace lasted for eight seasons (not counting the reboot), Ellen didn’t last long after her famous coming out episode. The huge audience required to sustain most shows, and generate the biggest ad revenues can mean good shows can’t compete, at least not on a big three network. Speciality channels contributed greatly with groundbreaking shows such as Queer as Folk, though they never had a similar audience reach.

The current landscape across the networks has only changed slightly. There are few network television shows with LGBTQ representation in the main cast, especially a show that has lasted. In the last decade the main networks gave us Modern Family (ABC), Greys Anatomy (ABC), How to Get Away with Murder (ABC), FBI: Most Wanted (CBS), NCIS: Hawaiʻi (CBS), and maybe 9-1-1: Lone Star (Fox). Yet this short handpicked list doesn’t include the few shows on Freeform (formerly ABC Family), the CW, HBO, Showtime or AMC. Of those shows, which have had numerous lead LGBTQ characters?

Meanwhile the streamers have given us dozens of shows, and more recently a new batch of LGBTQ-lead shows such as Love, Victor, Young Royals and Heartstopper. And those are all teenage dramas with PG-13 content. Peacock will give us a new Queer as Folk in June, and Netflix the new Neil Patrick Harris series, Uncoupled. We’ve had Elite, Genera+ion, Euphoria, and many more.

On May 12 the CW announced it would end a handful of shows this season. It was both the most shows the network had cancelled in one season and more cancellations than renewed shows. And while the CW is in a unique situation, it may hint to the impact streaming is making on network television.

The CW is owned half and half by Warner-Bros-media-Discovery and Paramount, and both studios are putting a lot more effort into their streaming platforms (Warner through HBO Max and Paramount through Paramount+), and selling the CW. There’s a whole history as to why the CW continued to make so much low-rating (but good) television, and it has to do with streaming rights. Now the studios and the CW want to focus on their own platforms, meaning they want to keep their own shows for themselves.

We have a crystal ball of sorts to tell us what could happen to the CW—Fox. Since Disney took the good half of 20th Century Fox, the fourth network has focused on broad content similar to the big three networks. Fox has always struggled to compete, never quite filling their full schedule. And their LGBTQ content is very limited now.

The potential CW buyers may want to focus purely on advertising. Word among industry insiders is that the stain owner group will rely heavily on political ads to fill their coffers. Just how that will impact the younger (teen and young adult) targeted content has yet to be seen, but the recent cancelations give us a hint that the current content won’t fit anymore. Look at what was renewed as well as the new shows and the focus is no longer on the key demographic.

It is becoming clear that the networks have mostly abandoned LGBTQ programming aside from the few minor characters. The broad-appeal content that fill primetime slots falls into a few genres—police, lawyers, firefighters, and doctor—following formulaic storylines balance enough dramatic tension with human-interest and romance.

Over the years show creators have experimented with quirky innovative storytelling, but few of those shows lasted on the main networks. Speciality channels became home to unique television, along with sci-fi, fantasy and LGBTQ shows. Now streamers have taken the torch, delivering the stories the networks won’t make, often with tighter writing and shorter seasons. Without time slots to fill and advertisers to please, the streamers can experiment with less risk.

We’re unlikely going to see another Will & Grace on network tv again any time soon, but we’re going to continue seeing proper representation and alternative stories on the streamers. Viewers now have more choice and can vote with their wallets more directly. As network tv loses its importance, the streamers will hopefully be there, assuming the investment in quality programs remains.