A lot has changed in the world since the American-Canadian remake of Queer as Folk ended its five-series run in 2005. The Bush years made way for the Obama White House before the crazies came out of the woodwork with Brexit and the orange mess. We’re almost a generation further ahead, and in many ways, it got better for the LGBTQ community.

With some much change in society, one might have dreaded returning to the 22-year-old concept, but the new Queer as Folk has returned to the source and found a way to offer up a new community of queer characters facing the same struggles in new ways. While there is still a familiarity to a few of the key characters, particularly the Stuart/Brian and Nathan/Justin roles, the series has found a way to turn Queer as Folk into a genre (or maybe a trope).

Refreshingly this version of Queer as Folk has been able to cast more out actors than previous series. We have familiar rising stars and new actors just breaking out. Created by Stephen Dunn, who previously wrote and directed Closet Monster), the series is a good reimagining with the blessing of original series creator Russell T. Davis.

This time set in New Orleans, the new Queer as Folk follows the new Brian in the form of Brodie (played by Devin Way), a beautiful cocky gay man who appears to get away with everything. Brodie has returned to NOLA to rebuild his life and reconnected with friends (BFF Ruthie, Jesse James Keitel) and family (brother Julian, Ryan O’Connell).

He manages to win-back his ex Noah (Johnny Sibilly), who’d moved on, while also setting his sights on the charming Mingus (Fin Argus), who is a bit younger than Brodie expected. And while Mingus fits the template for Nathan, he is clearly the 2022 version, and expertly performed by Argus (although the actor is already 23 and hardly passes for a teenager). 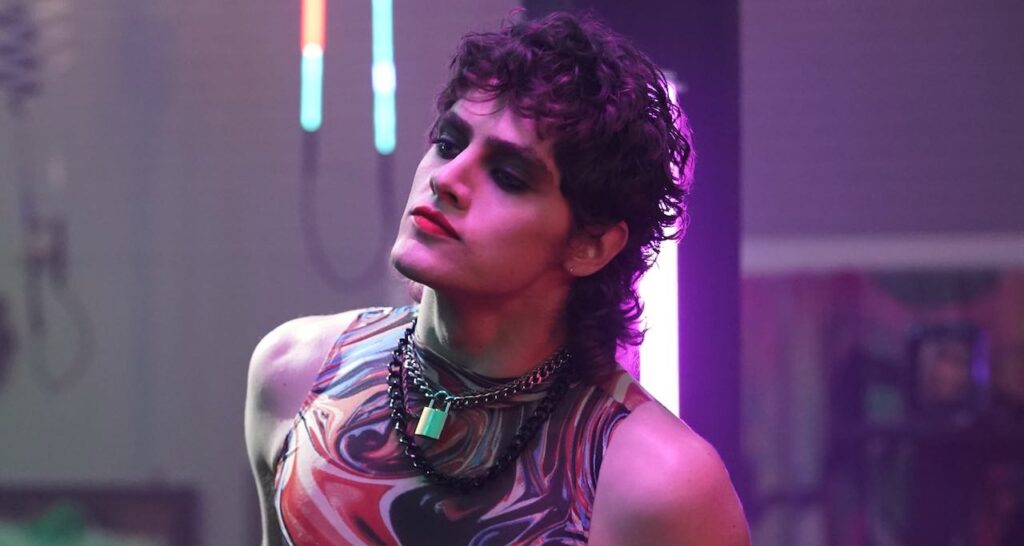 Into this chosen family and the wider queer community, Dunn introduces a Pulse Nightclub type tragedy that shapes the trauma for the first season without focusing on the trauma. What viewers get are authentic queer stories written fresh for 2022, with characters that are unique and refuse to be stereotypes of the LGBTQ community.

We’ve waited months for QAF to return, since news first broke and the sneak peek images were shared. And the anticipation was worth it.

The 8-episode (hopefully first) season drops Thursday on the Peacock streaming platform in the US. Viewers in Canada will have to wait for Showcase to broadcast the series starting Pride weekend June 26, while UK watchers have to wait until July.