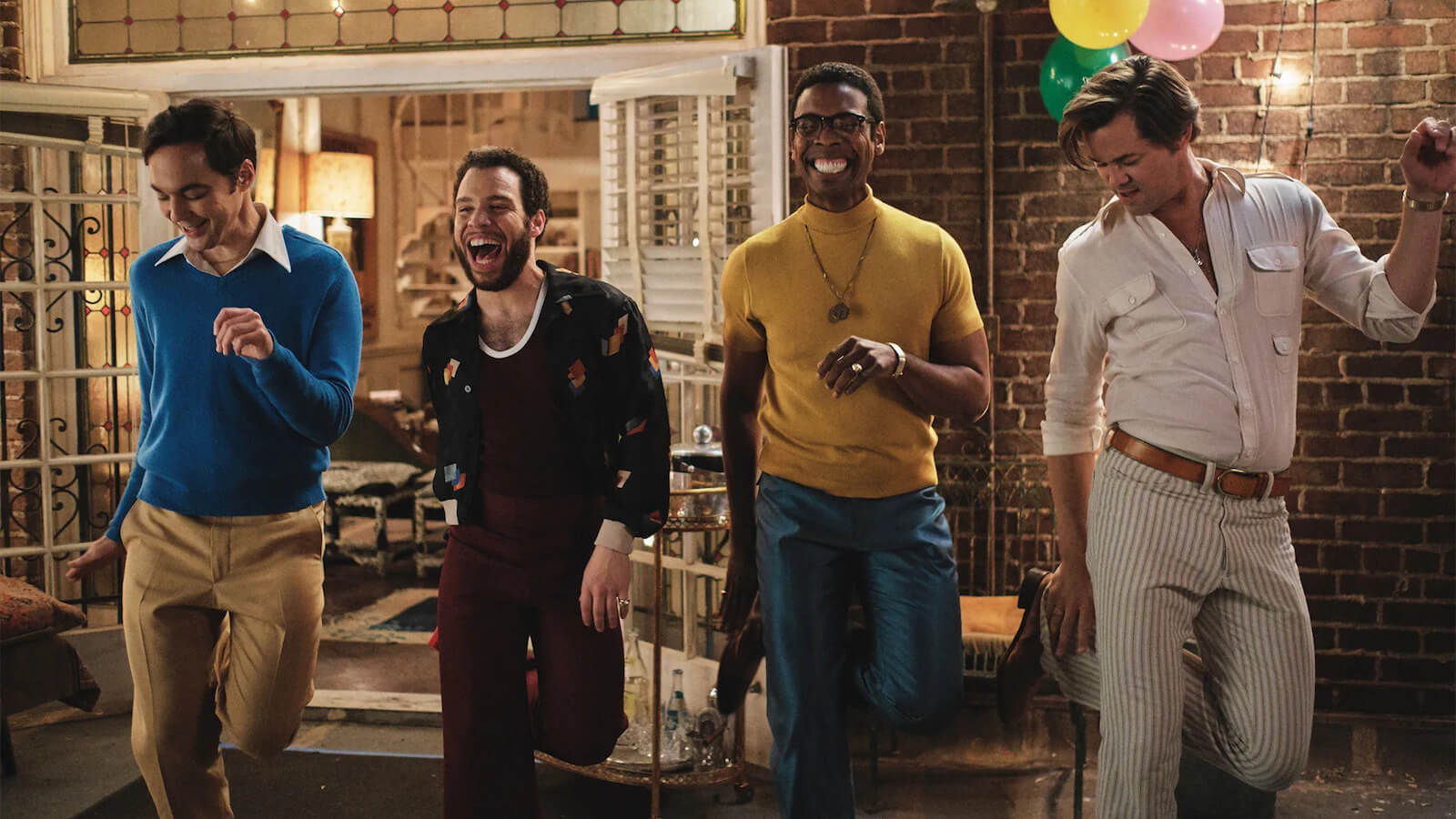 After a successful New York staging, the cast of The Boys in the Band have filmed a movie version dropping on Netflix today. Set in 1968, a group of gay friends converge on an apartment for a birthday celebration that turns dark with a drunken game.

The Ryan Murphy produced adaptation takes the original revival cast and gives them a lot more freedom to tell the story on the small screen without the trappings of the stage. Playwright Mart Crowley even returned to write the screenplay.

The 2018 Broadway revival may keep the original play’s time and place, but the world off stage has changed so considerably. Remember the original 1968 play pre-dates Stonewall, and actors hoping to appear in the production were warned of career suicide. Fast forward 50 years and a full queer cast is barely groundbreaking anymore. 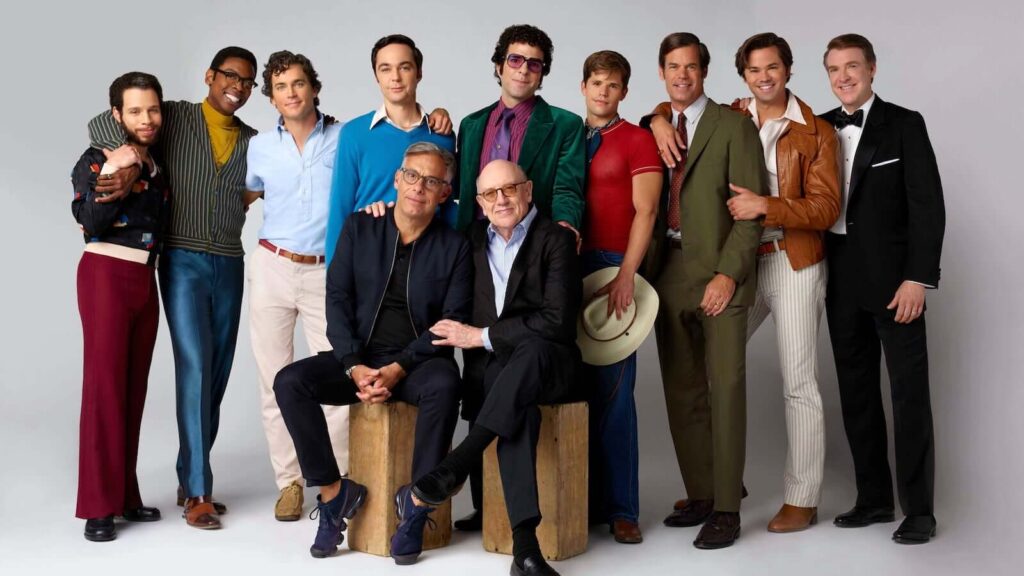 As the play is set before Stonewall, watching and re-examining the play 50 years later is important to modern queer history and to the pride movement, which came about through events before and after the Stonewall riot, including this play. And it importantly examines a protected world of freedom against the backdrop of zero gay rights or protections.

A 2017 Westend revival beat the Broadway production to the revival bandwagon, although that production didn’t get a Netflix deal.

Watch The Boys in the Band on Netflix