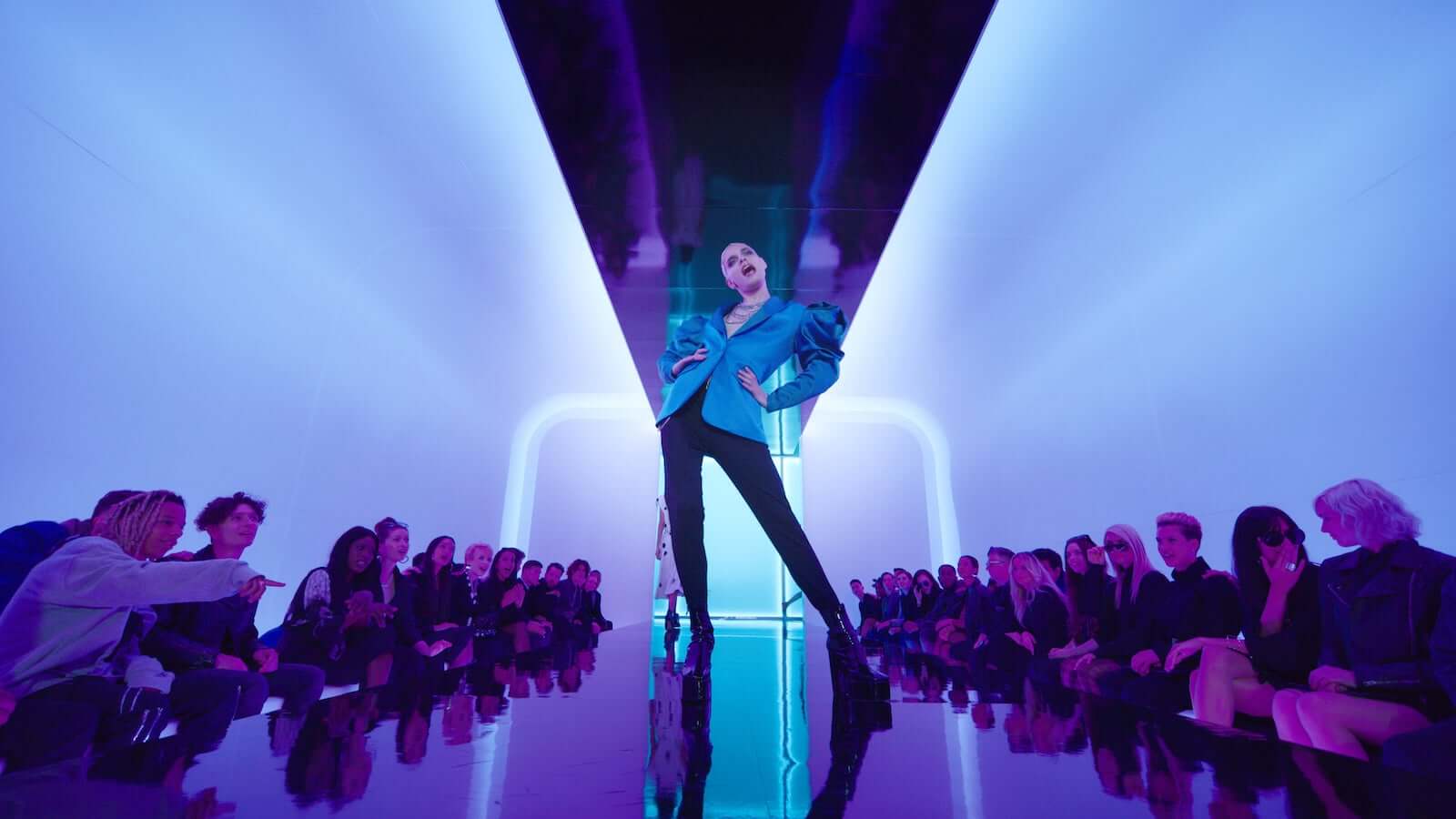 2021 will be a handful of exciting gay films we’re looking forward to eventually watching when they’re released.

When Northern England gay teenager Jamie decides to become a drag queen he has to find his way into an exciting and unknown world, and seek out a fairy drag-mother to guide him. Based on a true story originally written for the stage, Everybody’s Talking About Jamie has had a successful multi-year run in London’s Westend (and soon to return), and now the musical has been adapted for the screen. But you’ll need to wait until later this year for the release, but that’s still sooner than the return to stage.

Directed by Jonathan Butterell, who directed the original Sheffield stage production, and starring a soon to be break out star, Max Harwood, Everybody’s Talking About Jamie will be distributed by Amazon Studios and Prime Video. It also features a drag performance by Richard E. Grant. We’re also excited by the upcoming UK and World tour as Jamie is being played by Layton Williams who took over the role in the Westend (and starred in Bad Education, Beautiful People and on stage as Billy Elliot).

Cowboys did premiere at Outfest last August but the official release for the rest of us is in February. Already picking up awards at Tribeca, Cowboys falls Troy (Steve Zahn) and his trans son Joe (Sasha Knight) who are hiding out in the Montana wilderness together after Troy’s estranged wife Sally (Jillian Bell) refuses to accept Joe’s trans identity. Brought to us by award-winning director Ann Kerrigan, Cowboys has piqued our interest in this charming and heartwarming story. The movie premise also brings to mind the made for Apple TV+ film Palmer where there are some parallels, but we’ll have to wait to see both movies.

This beautiful piece starting Udo Kier explores growing old and a generation of gay culture disappearing with the queens that fought for rights. The Todd Stephens’ film returns to his hometown of Sandusky, Ohio and even includes actors he’s previously worked with. He wrote the original Edge of Seventeen movie, the gay one set in the 80s and staring Chris Stafford, Stephanie McVay and Lea DeLaria. McVay appeared in Stephens’ Another Gay Movie, and has a role in Swan Song.

The premise behind Firebird has us interested, especially the involvement of actor Tom Prior who co-wrote the screenplay and stars as Sergey. At the height of the Cold War, a troubled soldier forms a forbidden love triangle with a daring fighter pilot and his female comrade amid the dangerous surroundings of a Soviet Air Force Base.

There is often a big Hollywood production each year in this category and it also happens that this one will be a Marvel blockbuster. If 2021 works out, we’ll hopefully see the Eternals hit screens (big or small) before the year ends. A new branch in the Marvel Cinematic Universe, the Eternals are a group of immortal alien beings who have been on earth for thousands of years, and who are called into action to help protect humanity thanks to events caused by the Avengers in the final Endgame movie. And best of all, we will be introduced to the first gay superhero in the MCU, Phastos (played by Brian Tyree Henry).

An animated documentary is both innovative and intriguing, and from the early reviews, Flee is expected to be one of the best films of 2021. Flee follows Amin, who arrived as an unaccompanied minor in Denmark from Afghanistan. Today, at 36, he is a successful academic and is getting married to his long-time boyfriend. A secret he has been hiding for over 20 years threatens to ruin the life he has built for himself. For the first time he is sharing his story with his close friend.

The Man with the Answers

Ex-championship diver Victoras whiles away his days on the Greek coast, toiling away at a factory with only his dreams, medals and grandmother for company. When a phone call summons him to Germany, a simple road trip is the answer – that is until he crosses paths with the handsome Mathias – a free-spirited hitchhiker who tempts Victoras to take the road not taken.

I Carry You with Me

Another film that premiered in 2020 but won’t get released until 2021, I Carry You with Me is a Spanish-language film of a love story spanning decades. Based on a true story, ambition and societal pressure propel an aspiring chef to leave his soulmate and make the treacherous journey to New York, where life will never be the same.