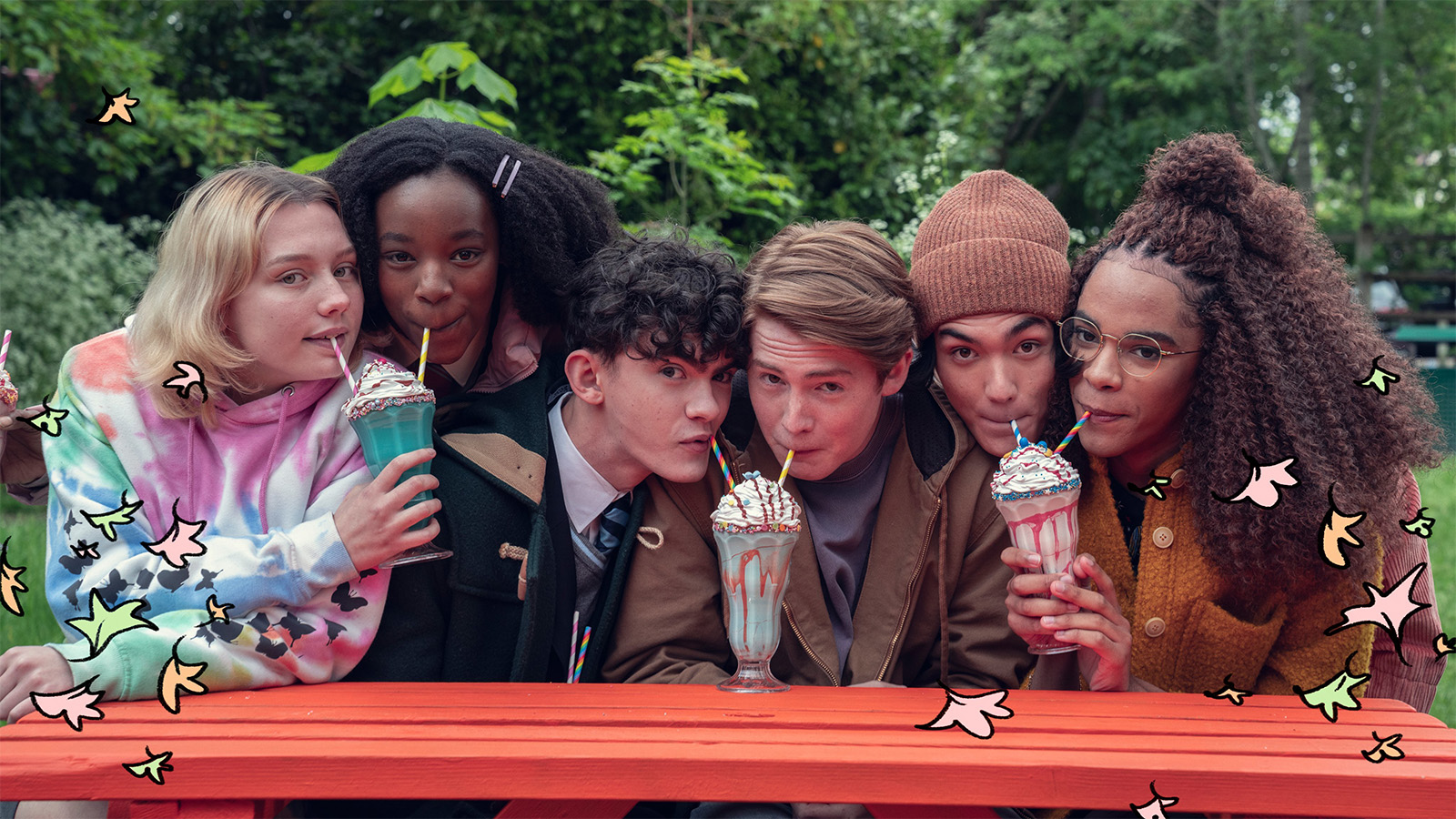 Since debuting last month people have been binging and talking about Heartstopper, the new LGBTQ+ coming-of-age series on Netflix. Everyday since everyone has been obsessing about the cute young love between characters Charlie and Nick. Or it could just be website writers trying to fill empty days until the next great thing comes along. (Will it be the last season of Love, Victor June 15? Or the next season of Young Royals later this year?)

Heartstopper started in 2016 when creator Alice Oseman started the webcomic, and because it became popular, Oseman self-published physical copies of the first two chapters. In 2018 she launched a Kickstarter campaign that reached its goal in only 2-hours. This caught the eye of publishing house Hachette Children’s Group, who acquired the rights to the series in October 2018.

Oseman will write five volumes in all, with the next (and so far final) instalment coming in February 2023. Each volume covers a chapter or two of the self-published book—chapters Volume 1 (chapter 1 & 2), Volume 2 (chapter 3), Volume 3 (chapter 4), Volume 4 (chapter 5 & 6). The first Netflix season appears to cover volumes 1 and 2, and maybe a small amount of chapter 4 as Nick and Charlie become a couple.

See-Saw films then acquired the film rights in July 2019, with Netflix being the ones to order an 8-episode series in January 2021. Filming took place very soon after, with shooting wrapped by summer 2021. We had to wait until April 2022 for the episodes to be edited and premiered!

Why is Heartstopper so good?

There’s a simpleness and heartwarming quality to the young love between these teens. The characters are filled with the uncertainty, nervousness and minor drama we may all have experienced at one time or another growing up (queer or not). Or maybe the story is one you wished could have been your high school life.

The UK has given us the type of teen dramas the CW was made for, including the raw and unguarded characters in Skins. Shows like that are overly dramatic and they seem so unreal. Heartstopper is pure and gentle, and probably more realistic. 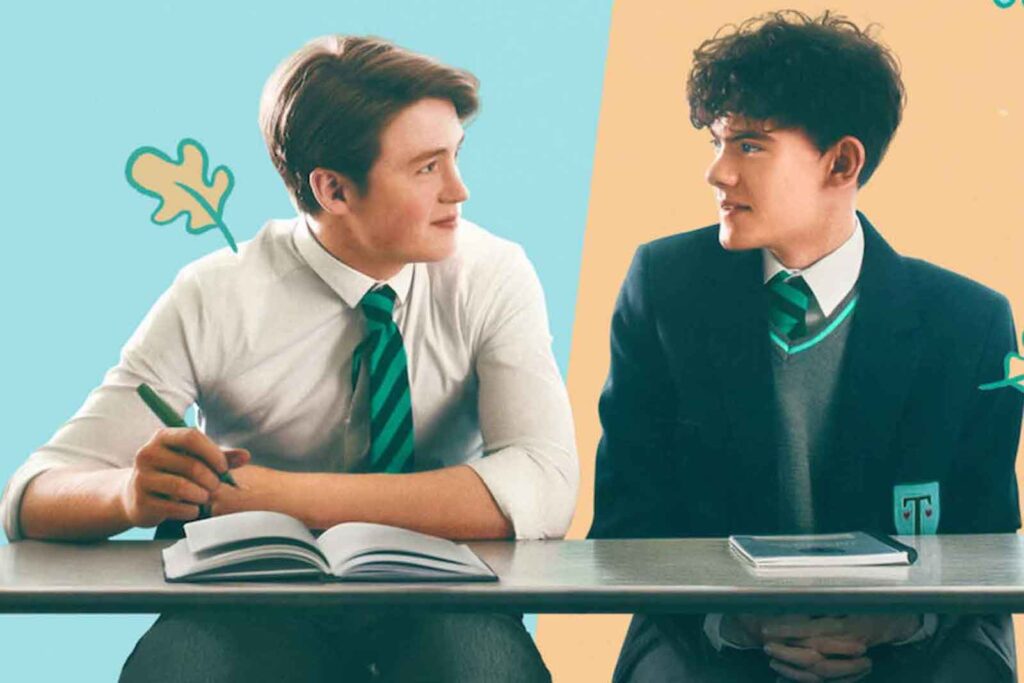 Have I seen these actors in something before?

Well as for Nick’s mum, you’re likely to have seen Olivia Colman somewhere, in the odd show or movie or wearing a crown. The headmaster (voice only) is Stephen Fry.

Nick is played by Kit Connor (cool name!) has an impressive resumer—he’s previously been in a ton of films, Mr. Holmes, Ready Player One, Rocketman, and his debut, Get Santa (I can’t believe I didn’t make that connection until now)!

The remaining cast members, probably not. Joe Locke (Charlie), William Gao (Tao), and Yasmin Finney (Elle) all made their screen debuts on Heartstopper. The whole cast is amazing, putting in stellar performances, including these three fresh actors who likely have good careers ahead of them. And apparently the filmmakers saw 10,000 auditions to cast these amazing actors!

Will there be a second season?

Update: YES and a third season too!

We don’t know yet. That hasn’t stopped some (evil) websites from writing headlines like “Netflix Cancelling ‘Heartstopper’ Or Renewing It For Season 2 Is Another Big Test”. Don’t put that out in the universe! Positive vibes only here!

While it took over six months for casting and filming the first season, then another nine months to do the final magic for release, it likely won’t take over a year for a follow up season. We hope. I didn’t have a bedroom that cool

That’s not a question, but who cares! Of the cast bedrooms we saw, Charlie, Nick and Tao, they were amazing rooms filled with personality. And also the set decorators added in funky neon lights because you need to light a set. Just watch, sales of the neon signs are going to take off. Is it strange people are still talking about Heartstoppers?

A bit, yes. One of the problems with Netflix is that it drops all episodes for a bunch of shows all at once and only spends marketing dollars on certain shows for a short period of time. The typical public relations for a new show would happen leading up to and just as a show has launched. Netflix may have already (publicly) moved onto the next show launch. But the show has proved popular, remaining in the streaming charts, Twitter trends, and on people’s minds for weeks now.

There have also been tons and tons of follow up articles (a-hum) exploring the actors’ sexuality, their hopes for a second season, books and films to stream after binging the show, or how the show has helped some queer teens come out. And then there are articles on details you missed, every song played, how it captured adolescent queerness, and the very meta topic of why everyone has fallen in love with Heartstopper.

Word of mouth is important. People are still discovering the show, and falling in love with it. And of course telling their friends.

And the Tweets and memes are so good…

thinking again abt the way nick was waiting for charlie the first day back after their kisses pic.twitter.com/JY6r8abklE

bout to drop the hardest EP u ever heard… pic.twitter.com/i5YBlIVDhO

remember the scene when Nick was trying to find a LGBTQ movie to watch with his mother so it would be easier to come out to her? that's what heartstopper is for us <3

Apparently when they did the table read for this scene, Olivia insisted on reading the whole scene, and cried after.

Every gay man, woman, bisexual and trans person should be granted five minutes in their lifetime to come out to Olivia Colman. pic.twitter.com/c5QcPnaYho